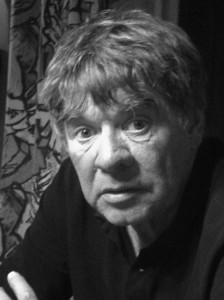 The office has been a economically independent architectural firm since early 1997 when the project for the Nordic Watercolour Museum and projects for Copenhagen Airports started.

Previous private works mainly consisted in participation in architectural competitions and consultant jobs alongside my employment in a leading position in a major architectural firm.

The open architectural competition for the Nordic Watercolour Museum in Sweden was won in November 1996.
This international competition had 386 entries and was by far the largest ever in Scandinavia. The museum is a joint Nordic cultural project situated in the western skerries on the isle of Tjörn. It was inaugurated June 2000.

Project administration, draft, lay-out, design and subsequent works were maintained by my office. The project has been nominated to the official EU architectural prize ’The European Union Prize for contemporary Architecture – The Mies van der Rohe Award’ and nominated to ’Museum of the Year in Sweden’ and ’European Museum’ in 2001. Besides it was nominated to ’The Swedish Wood Prize’ and the ’Falu Redcolour Prize’ in 2004 and awarded the ’Public Prize’ in Sweden.
2006 my office developed the programme for a minor extension which has afterwards been carried out.

For Copenhagen Airports works have included consultancies and projects regarding the rebuilding of the Domestic Terminal, rebuilding of the International Terminal T2, parking facilities, a new Port Office and new shops in the Transit Area, transfer, rebuilding and rearranging of one of the airport’s oldest hangars for exhibition purposes and lounge accomodation and consultant works regarding the development of a Master Plan for the terminal areas.

Other works include the overall design of part of the harbour area, design of lighting, benches and pedestrian areas in Skärhamn, Sweden, participation in the limited international competion for an extension of ’Ordrupgaardsamlingen’ – an art museum in Copenhagen, a project for an art gallery, glasshouse and restaurant in Frederiksværk Harbour, rebuilding and extension of an office building in Copenhagen including a major dentist’s clinic and a number of private residencies and holiday homes.

Of great importance to the outcome of the office work is close collaboration with highly qualified engineers and architects who assists on larger projects.

The professional foundation on carrying out the projects in this office is a prolonged and all-round experience on all architectural fields. The ambition is to create successful results based on qualified articulation of the peculiarity of each project followed by closely reasoned design and purposeful project development.